Constance Steinkuehler is a Professor in the Department of Informatics at the University of California, Irvine where she researches culture, cognition, and learning in the context of multiplayer online videogames. She is an ADL Belfer Fellow,  the chair of UCI’s Game Design and Interactive Media Program, Co-Director of the Games+Learning+Society (GLS) Center, and Chair of the Annual GLS Conference. She teaches courses on games and society, visual design, and research methods. Her current projects include investigations of toxicity and extremism in online games, evaluation of an enriched esports for high school students, and reasoning with misinformation.

Constance formerly served as Senior Policy Analyst under the Obama administration in the White House Office of Science and Technology Policy, advising on videogames and digital media. She is the founder of the Federal Games Guild, a working group across federal agencies using games and simulations as tools for thought, and the Higher Education Video Games Alliance, an academic non-for-profit organization of game-related programs in higher education. Her research has been funded by the Anti-Defamation League, the Samueli Foundation, the MacArthur Foundation, the Gates Foundation, the National Academy of Education/Spencer Foundation, the National Science Foundation, and the Universities of Cambridge, Wisconsin-Madison, and California-Irvine.  She has published over one hundred articles and book chapters including six conference proceedings, four special journal issues, and two books. She has worked closely with the National Research Council and National Academy of Education on special reports relate to videogames, and her work has been featured in Science, Wired, USA Today, New York Times, LA Times, ABC, CBS, CNN NPR, BBC and The Chronicle of Higher Education.

Constance has a PhD in Literacy Studies, an MS in Educational Psychology, and three Bachelor’s Degrees in Mathematics, English, and Religious Studies. Her dissertation was a cognitive ethnography of the MMOs Lineage I and II where she ran a large siege guild. Her husband Dr. Kurt Squire is Co-Director of the GLS center at UCI. They live with their two adolescent gamers in Southern California where they enjoy surfing, trail running, camping, and all manner of headset-wearing, dps-flinging, computer-screened mayhem.

Speaking At
Keynote: Enriching Esports Based on Four Years of Research 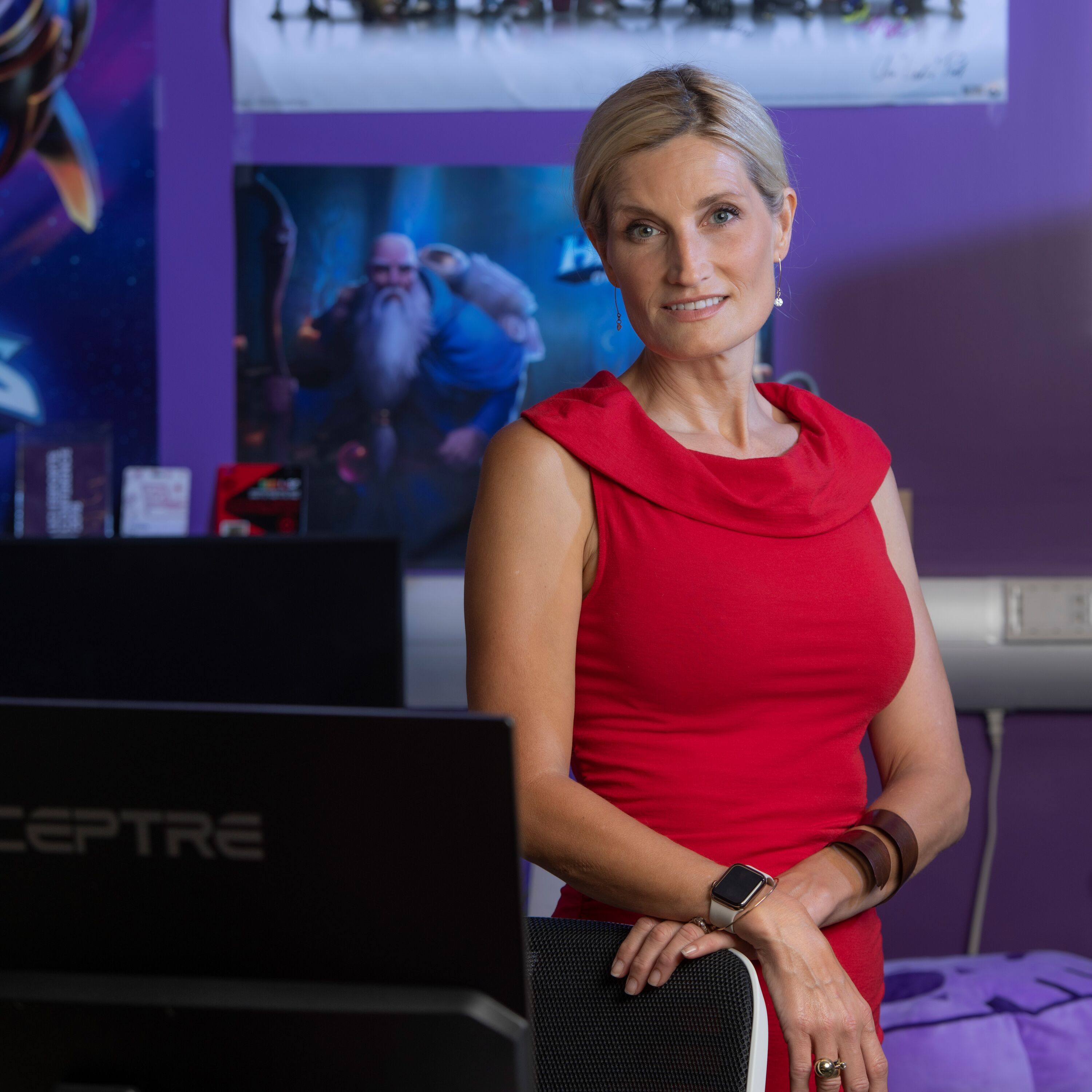